An age-old yet exceedingly stylish practice, tattoos have adorned the bodies of men for several millennia. From the detailed history of a close-knit tribe to grand philosophies to live by, tattoos can mean different things to different people. That’s what makes tattoos a significant enhancement to one’s body. They are a mark of individuality embedded deep into the skin.

Although you can ink most parts of your body, forearm tattoos for men are a popular choice. If you’re feeling a little overwhelmed by all the choices at your disposal, here are some forearm tattoo ideas for men to choose from.

Gentle and graceful, the rose is a symbol of beauty and love, albeit with a prickly edge. The red petals huddled closely together make for an eye-catching pattern. You can even make them pink if you want to get in touch with your feminine side. Or, for a more severe and gothic touch, make the whole plant, stem and all, a mixture of darker tones like black, gray, or maroon.

The cross has been a nearly ubiquitous symbol throughout the ages. A great choice for men who believe in a higher power or adhere to certain faiths. That doesn’t mean it can only have strictly religious meanings, however. Its simplicity allows everyone to have their interpretation of the design. A mark of faith or vampire repellant, you can’t go wrong with how you choose to portray this symbol on your body.

Truly a classic, the king of the jungle makes for a courageous and highly detailed choice. Perhaps the most well-known big cat in the entire family, there’s a reason why it’s associated with courage and strength. It may look gentle and docile, but most won’t want to stick around to hear it roar. With its large face and mane included, it will take up a large portion of your forearm.

Determined, fire-breathing beasts of flight. Can you even ask for a more badass creature to coil around your arm? Originating from Europe and ancient China, the imaginings of these ancient beasts have lasted the test of time. Being popular and practically a staple in many different fantasy mediums. For your forearm, however, the Asian dragon’s shape may be easier to work with as it won’t hog too much surface area.

Lone wolves rise cause this tattoo idea is a perfect match for you all. Howling towards the moon, weaving through the night forest in hot pursuit of prey, the furry hunter evokes rich and invigorating imagery. The wolf doesn’t have to be so lonely. They are seen as they often hunt in packs and care for the cubs together. There are also plenty of adjacent symbols to the wolf you can use.

Some men are a little more low-key. Stealthily slithering through past their enemies, striking fast when their guard is lowered. The scaly serpent is for the more subtle men in the world. Their bite might not be as bad as the lion’s, but their venom still makes them a creature you don’t want to trifle with. This tattoo offers a nice variety in colors, too, as snakes come in different hues.

This ferocious striped feline may just be as popular as the lion. Excellent hunters and proficient swimmers (uncharacteristic for a cat!) unleash your wild side with a tiger tattoo. Besides being majestic and agile animals to look at, a tiger’s orange and black stripes are pleasing to the eye. For a more exotic feel, you can also go for the blue-eyed and white-skinned snow tiger, not for all skin tones.

The eagle is another one of those animals that mean a lot to Americans. They’re the winged harbingers of peace and liberty, soaring through the sky and among the clouds. The bald eagle has already been used in a lot of logos and crests around the country, so you know it would make a good choice for a tattoo, as it has already proven to be a memorable and iconic symbol.

A real winged predator soaring with the eagle, the hawk is one focused yet versatile bird. Even as it’s flying way up in the sky, its acute eyesight helps it spot prey from very far away. On a tattoo, it would be cool to brandish the hawk’s sharp talons and long wings. As it swoops down during the climax of the hunt, Their brownish feathers look great on a variety of skin tones.

Lions may be the king of the jungle, but it is plain to see that the deer is some sort of royalty among the trees. Their arcing antlers already look like biological crowns above their head, making them the king of the forest. The deer are also seen as benevolent beings. Just the head of the deer with their massive antlers on your forearm already makes for a great tattoo.

We may see trees often in our daily lives, but we should not forget their importance not just to the environment but to us as well. Trees are tall and strong and can stay firmly rooted in place for generations. You can tattoo a whole forest sleeve of deep greens on your forearm or a gnarled and decrepit tree for a mysterious look. Their leaves also have nice designs to take inspiration from.

There are really no limits to what you can do with a tribal tattoo. The patterns are inspired by what the tribes of old painted on themselves. Tribal tattoos can also be an amalgam of sorts because you can actually incorporate other tattoos and symbols among the abstract pattern. You also don’t have to worry about space, as tribal tattoos can take up just your wrist or an entire sleeve.

God can’t do all the work himself! Sometimes, he requires the help of his sacred messengers. These winged entities make for beautiful tattoos that can have very personal meanings. You can go with the pop culture depiction of angels (winged, courtly, and elegant) or, more biblically accurate, where the angels follow a heavenly hierarchy (cherubim, seraphim, principalities). You can also use the ominous angel of death for an edgier side.

Few things in this life will matter more to a man than his family. These days, however, a family can mean much more than those with the same blood coursing through their veins. Family can also be the close friends you’d risk it all for; the found family you stick by, it’s up to you. It’s also common for men to have their children or wives tattooed on them.

An essential item in the adventurer’s inventory, a compass points you in the direction you’re headed. Satisfy your wanderlust with this stylish tattoo idea! The arrows pointing in the four cardinal directions bring an air of exploration about you. Besides those qualities, the compass has always been an iconic symbol for adventure and discovery.

There’s a whole host of awesome imagery you can utilize when it comes to a Japanese design. Hailing from the east, Japan’s rich culture has given us plenty to appreciate and even more stunning tattoo ideas. From razor-sharp katanas, bathhouses, anime characters, and the cherry blossom tree, all are awesome designs. You can even get their kanji and hiragana characters tattooed on you; make sure you know what they mean!

South America’s rich culture and history also had awesome designs to draw inspiration from. Particularly, the ancient civilization of the Aztecs offers a very rustic and divine feel. They had an eye for design, as their stone temples of worship had intricate etchings on their surface.

The Mandala is a figure that symbolizes the universe in Hindu and Buddhist faiths. They are often circular with very intricate inner designs that weave in and out of each other. If you want a cosmic tattoo that has a very zen feel about it, the Mandala is an excellent choice. It may take a little longer to finish as the artist maps out the geometry,

Rising from the ashes, the Phoenix is a mythical bird dating back to ancient China. They believed that a Phoenix is immortal, as it is constantly engulfed in flames and will be reduced to ashes upon its ‘death.’ But a spark of life will emerge from the ashes, and it will be reborn, becoming continuing its life anew. Its flaming feathers make for a hot design on your arm.

Ancient Rome has left quite an impact on the world today. Ideas for tattoos are just one of their many contributions to society! Gladiators duking it out against each other, the grand coliseum, chariots riding into battle, Caesars ushering in eras of prosperity, Roman tattoos are quite expressive and can mirror the inner gladiator in you. You can get an entire sleeve just from these ideas alone.

A hunter needs to hunt, and one of the tried and true tools for the job is the versatile bow and arrow. From a humble tool used for sport to a weapon that wars have been fought and won with, it’s amazing how far a little human ingenuity and physics can take mankind. Bows have even evolved to become more modern stylish today.

Few other animals can match with the strength of the mighty bear. Equipped for multiple kinds of climates and ready to protect their cubs, bears are ferocious animals that even hunters will flee from. Getting a bear tattoo can also symbolize how protective you are over your children, seeing as bears will fly into a rage in order to protect their cubs. Or it could mean you take some very long naps during winter.

The mantis is a very elegant and sophisticated bug. Lurking in blades of grass, its green hue and long appendages allow it to blend in with the greenery surrounding it. Sometimes, finding one in your garden is a symbol of good luck. Getting one tattooed on you will hopefully bring focus, peace, fortune, and prosperity into your life.

If you ever sail the seven seas, you better hope that you don’t run into pirates! The peg-legged sailors were often feared as they pillaged any misbegotten ship that was unlucky enough to cross paths with them. Their black sails and cannon-ready ships also struck fear into the hearts of many. Just from those scenarios described, there are lots of cool tattoos you could have done.

Humans are getting technological enhancements to their bodies, maybe something for science fiction today and a possibility in the far future. But you could always live out the fantasy by getting a tattoo that gives the illusion of a robot in disguise. Some ideas are a tattoo that tricks the eye into thinking your bones are actually metal beams or an access port that opens beneath your wrist. 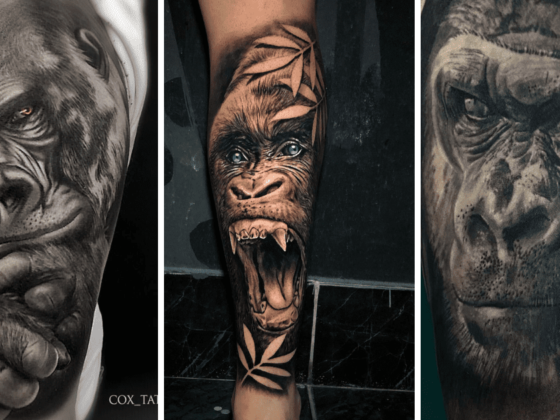 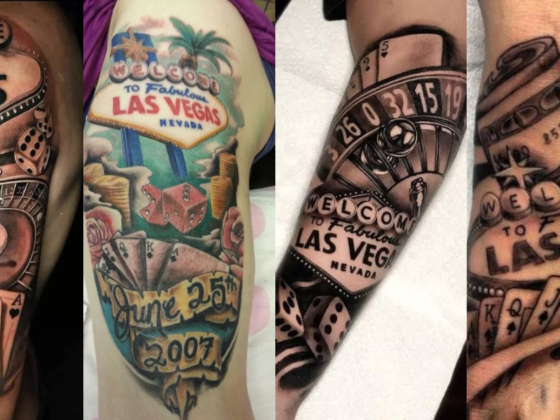